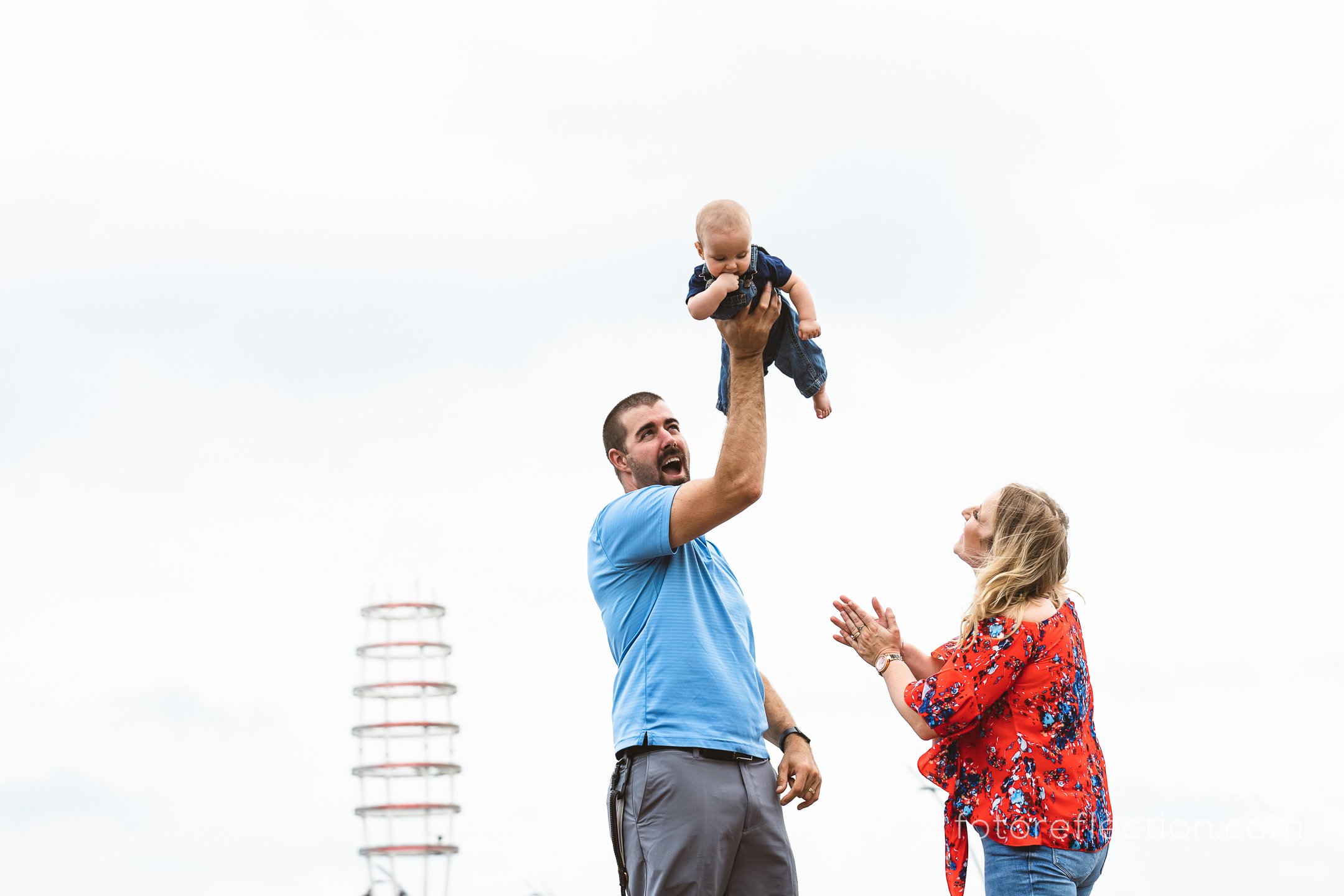 A Day In The Life of The Jones Family

A Day In The Life of The Jones Family

​A day in the Life of the Jones Family.

Earlier, as mentioned in our recent blog post, this kind of photo shoot is an alternative to traditional family portraits. To explain further, it is more candid, with a natural photojournalistic style. Rather than being posed, this session was planned loosely. While the family went about their day, the photos were taken nearby at a distance. It highlights a specific time in their life as new parents, without being attached to a specific occasion or celebration.

In late summer of last year, the Jones’ took their son Tyler and two dogs for a walk in downtown Burlington. Despite the recent rain, there were still quite a few people out and about. It wasn’t too cool out, though the sky was cloudy. Along the sidewalks lined flowers, as well as shrubs lit with colourful twinkle lights. So far, the rain was holding off for the family photos.

From Downtown to the Waterfront

While Kelly and Geoff walked around downtown, the dogs trotted beside. The family continued on, beyond the shops at Village Square, and all the way down to the Waterfront. As they pushed the stroller down the trail to the Brant Street Pier, the parents sipped coffees. Again, they paused, likely to give Tyler a break from his seat. In contrast to Mom’s gentle cuddles, Dad tossed the toddler up to squeals of laughter.

Before setting a blanket down, Dad had a run around with the dogs.

Next, the parents played with their son on the blanket, and while one dog kept an eye on the family, the other napped.

In summary, it was a nice, laid back day. The candid photos reflect one summer afternoon strolling the beautiful Burlington downtown. Even though it was but a simple and casual day, the young family captured meaningful memories told through these Day in the Life images. 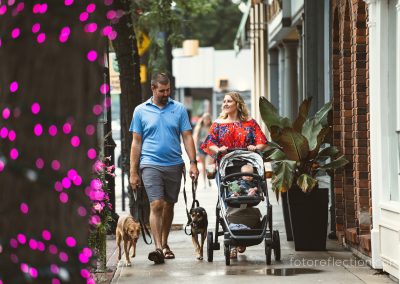 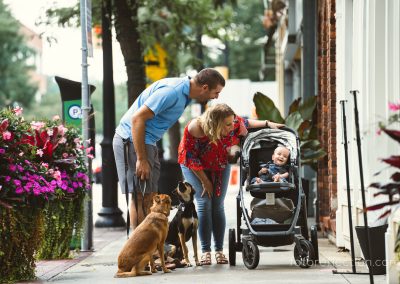 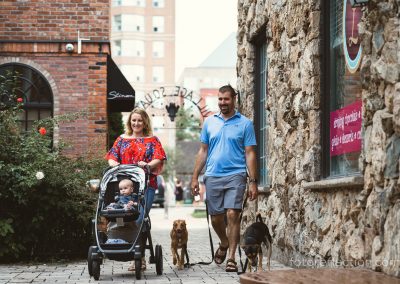 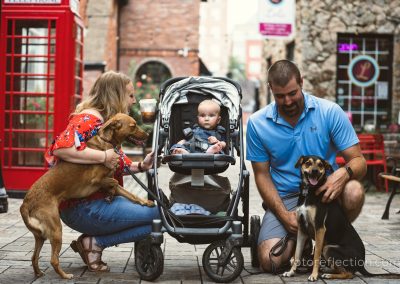 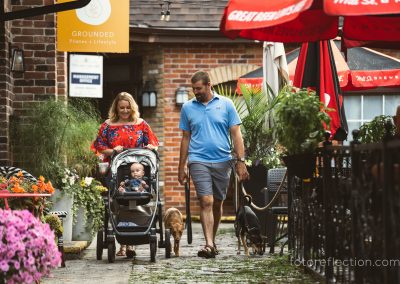 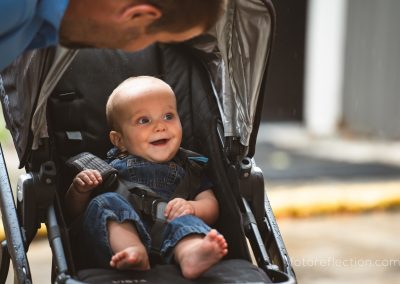 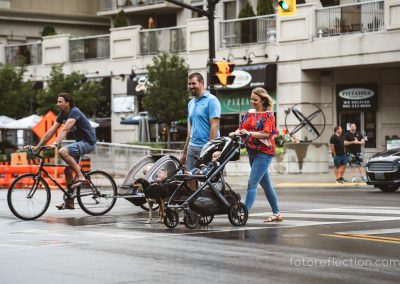 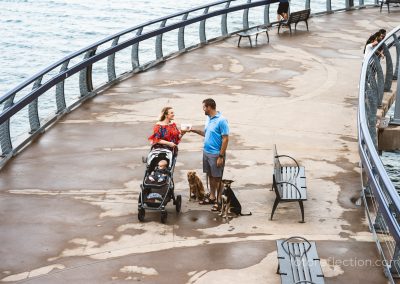 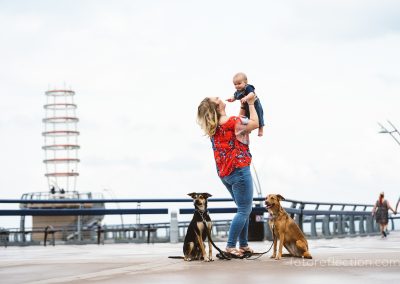 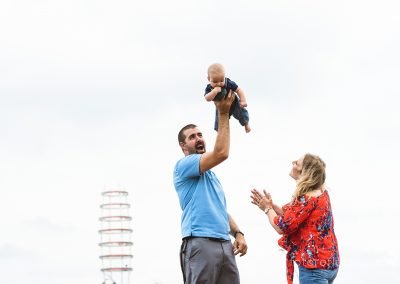 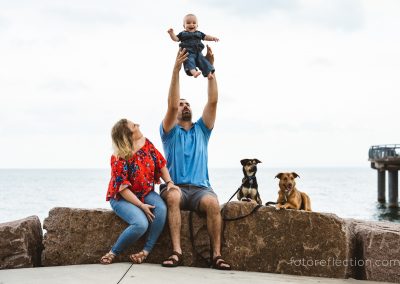 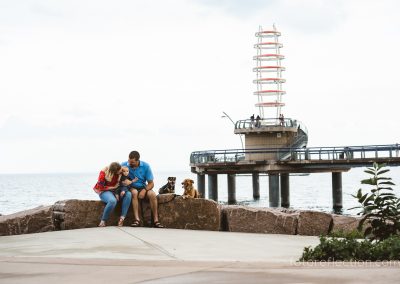 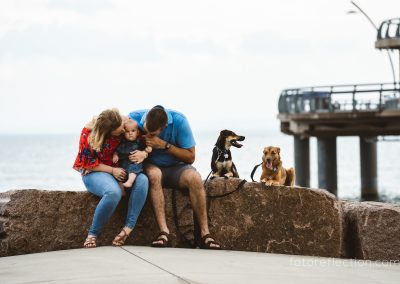 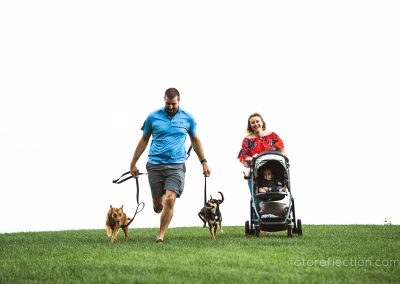 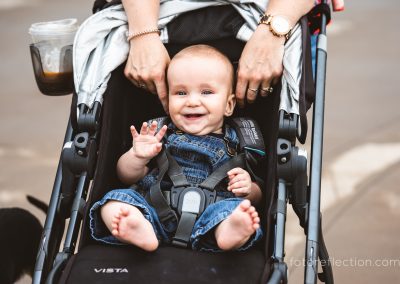 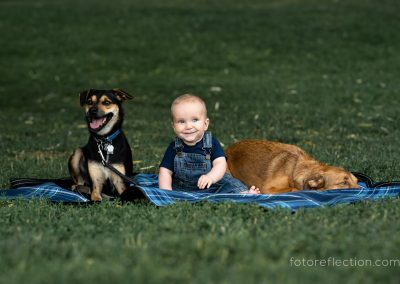 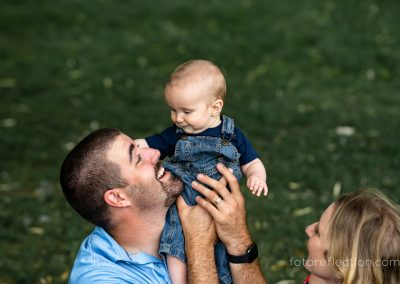 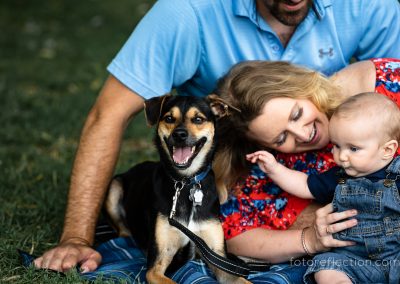 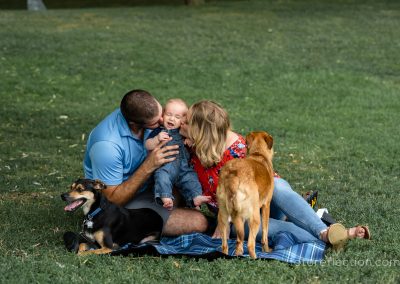 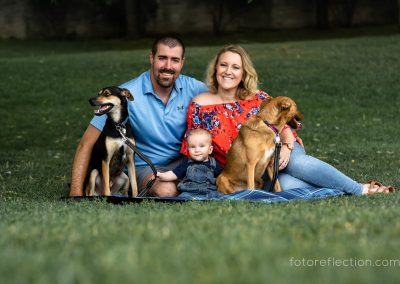 Need help with your photography project?

Share if you know someone who can benefit from this offer!